What Health Data Scientists Can Learn from Rick and Morty? 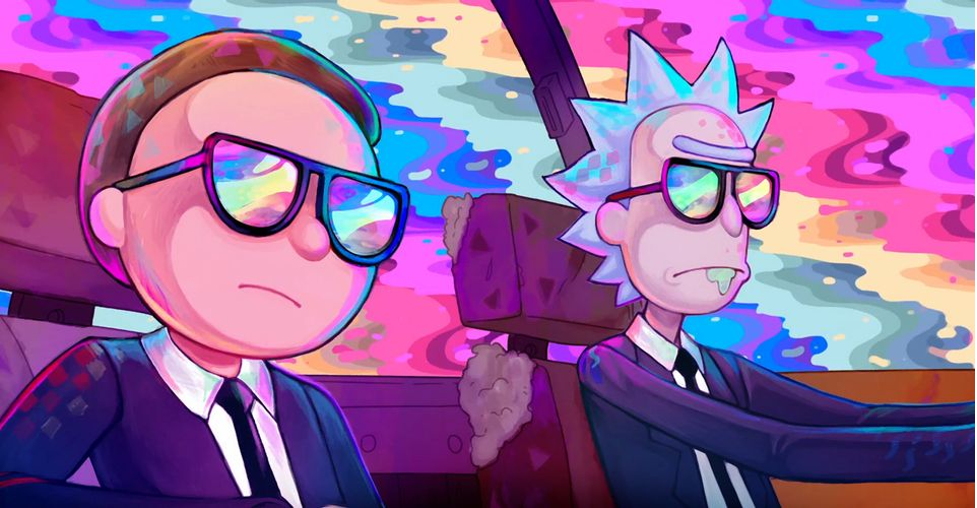 What Health Data Scientists Can Learn from Rick and Morty?

The article is cocktail of 4 things 1. Watching too much of the Netflix show Rick and Morty. 2. A data scientist 3. A doctor 4. Too much spare time.

At times, we get: ‘Sometimes science is more art than science’

Other times, we get:

‘Listen, Morty, I hate to break it to you, but what people call “love” is just a chemical reaction that compels animals to breed’

Layers of allegoric meaning; the deeper you go the cleverer the message. And where do these quotes come from? None other than the infamously famous Rick Sanchez of Rick and Morty. That egotistic, narcissist, sociopath is one of the most liked and inspirational characters of all time.

The complex personality of Rick makes him a professional role model(to some degree) for almost every professional in the world. Are you a scientist? Rick can be your role model? Doctor? Rick again. Philosopher; guess who again? And in case you are a health/lifesciences data scientist, there is something you can learn from Rick. In fact, there’s a whole lot you can learn from Rick.

A little bit of recap never hurts anyone right? Health and Data science is an emerging field that is a unique yet meaningful amalgamation of health sciences with epidemiology, management skills, statistics, mathematics, computer science and visualisation.

So basically these people can handle large data pertaining to health science and output useful insights. So what could health data scientists possibly learn from Rick and Morty?

Lessons for Health Data Scientist from Rick and Morty:

No matter what you say about Rick, his each and every step is scientifically calculated. If you remember that episode where he was captured by the galactic federation for committing everything (season 2 last episode); he actually does that just so he can escape and take out two of his greatest enemies. For a health data scientists, it is imperative that they are also driven by the notion of utilising a broad spectrum of abilities and skills in a manner that attributes to specific, goal driven, metric orientated progress and/or scientific academic progress.

You don’t neccesarily have to publish a paper based upon each action you take, rather, as a health data scientist, you need to be primarily focused on how important ( business/management/healthcare) decisions can be augmented by data science. You have the power of statistics, software algorithm libraries, versatile code and high throughput computing on your side, use these to calculate each move you make. You are a problem solver and the ability to solve problem demands mathematical precision ( not just personality, even though your personality is great). a data scientist yields the ability to analyse seemingly nebulous situations and extract meaningful insights. Putting it to practical use; working in health data science demands a variety of problems to be solved in various settings that may arise in the form of:

There is also a priority need to improve the process of sharing uncorrupted and  accurate patient data between the organisations involved in the whole pipeline of healthcare provision, ranging from hospitals to primary care all the way to insurance providers; a health data scientist must be equipped with comprehensive knowledge about the culture, organisational architecture and priorities of the wider eco-system, that their data has come from and is being used to support or improve.

Rick Knows When to Compromise with Others:

These are regarded as fundamental characteristic and intrapersonal traits for health data scientists. In an environment where teamwork holds its place as a quintessential factor for success, collaboration between clinical staff, upper management (directors, CEO, etc.), and other professionals holds utmost significance.This is not a field where you can work alone. Even Rick has his contacts distributed throughout the multiverse, your situation pales in comparison to Rick (well it does, doesn’t it?). A health data scientist serves as a bridge between different departments and even outside the institution/organisation. So the ability to compromise and reach a consensus is a must.

It’s like saying the sky is blue. Whether it is or not is another debate but the point is, saying that Rick is scientifically equipped is just stating the obvious. His ego is so great that he claims to be the most brilliant and smartest person in the universe which has turned him into a nihilistic and pessimistic jerk who utilizes his scientific and mathematical prowess to emerge safely out of any situation. What else do we expect from that agnostic polymath who is always a few dozen moves ahead of others? Similar to Rick, a health data scientist is also not just scientifically equipped but also capable of APPLYING their intrinsic knowledge pertaining to mathematics, stats, epidemiology, and life science subject matter expertise(whichever it maybe) in accordance with the desired situational goals. But the skillset of a health data scientist can’t be confined merely to the above-stated domains; rather, a health data scientist is skilled in programming as well. By no means is programming easy, but manipulation of data and developing insightful visualisations from it required a health data scientist to be a multi-domain specialist. In essence, a health data scientist is also a polymath who has command over multiple domains all of which boil down to effective utilisation of data and extracting meaningful results from it.

Well…sort of. I mean whatever it is that Rick has to say, he says it in a manner that is indisputably agreed on by all others. He knows exactly what to say when to say it, how to say it, and most importantly, the message is clearly understood by anyone he is conserving with. There is a flow in his words that set him apart from the rest. Not that there is any other protagonist of the show (besides Morty) as smart as him.Putting it into context, Rick is an excellent communicator and not afraid of saying the right thing. A health data scientist’s job is not to break bad news to the family of the patient, rather, they break the news to the management and different clinical, research or operations departments. So they don’t have emotional much pressure on them per se. But effective communication is an extremely fundamental skill for any profession and health data science is no exception. The field requires dealing with complex information like large hospital revenue reports or clinical data sets; as important as it is to efficiently manipulate, collect, and manage data, it is equally important to clearly and accurately communicate this data. This also involves the ability to listen carefully.

Furthermore, a health data scientist must have command over the structured query language (may vary from organization to organization), competency in ETL (Export, Transform, Load) data processes, and proficiency in Business Intelligent Reporting.

There is a lesson for everyone in Rick and Morty. Sure, the guy is a sociopath and an extremely narcissistic anarchist, but there are valuable lessons that not just health data scientists but we all can learn.