On April 19 2017 there were excited optimistic looks, piercing sceptical glances and eyes that confidently said aloud “so we are about to take a footstep into the future of medical education” – like they were prepared to see a scene from Quantum Leap or Back To The Future. 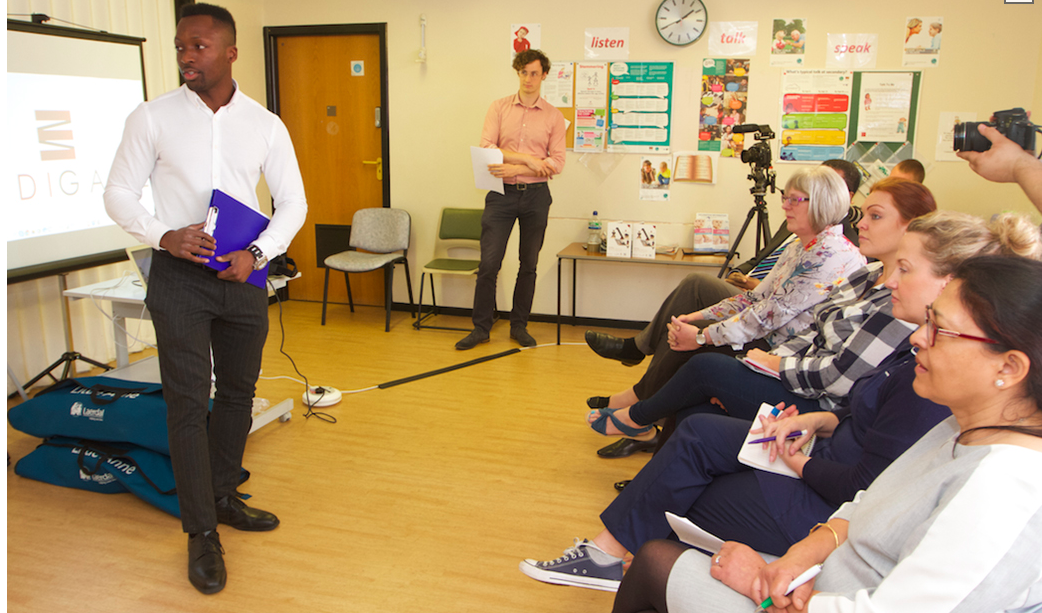 The registered nurses, health care assistant receptions and two general practitioner doctors of Estover GP surgery practice who filled the room sat aligned listening to me introducing them to the world’s first accredited Basic Life Support Virtual Reality assisted training course. The staff members of this medium sized GP surgery based in Plymouth England would be taught the fundamentals and theory underpinning basic emergency life support and given virtual reality (VR) and manikin based simulated scenarios to show competence to the goal of achieving a pass certificate thus being licensed and trained to deliver quality BLS.None of the course trainees had ever personally experienced VR before in their lives, their recollection of the buzzword which was VR was amalgamated from Hollywood blockbusters which in some cases was an easy comparison to surpass and in other cases impossible.

The previous 6 months of development phases leading up to this case study involved expertise from a variety of specialisms including clinical medicine, medical education, psychology of learning and instruction, VR software development and gamification.As doctors a hardwired structural scientific approach is second nature to us when undertaking projects like this in contrast to the usual methods used to lead development of VR games which is lead more so by free creativity from experienced directors. A key difference here is the objective, our aim was firstly to develop a VR emergency life support learning programme and could be used alone or alongside a traditional course to effectively train people in the skill of BLS and secondly to be engaging, fun conversely the objective of typical VR games is to create optimally enjoyable and fun gameplay experiences. During the development phase the secondary objective of being fun grew in importance as we evaluated and derived the intersection of fun, engagement, learning instructional design and learning effectiveness. 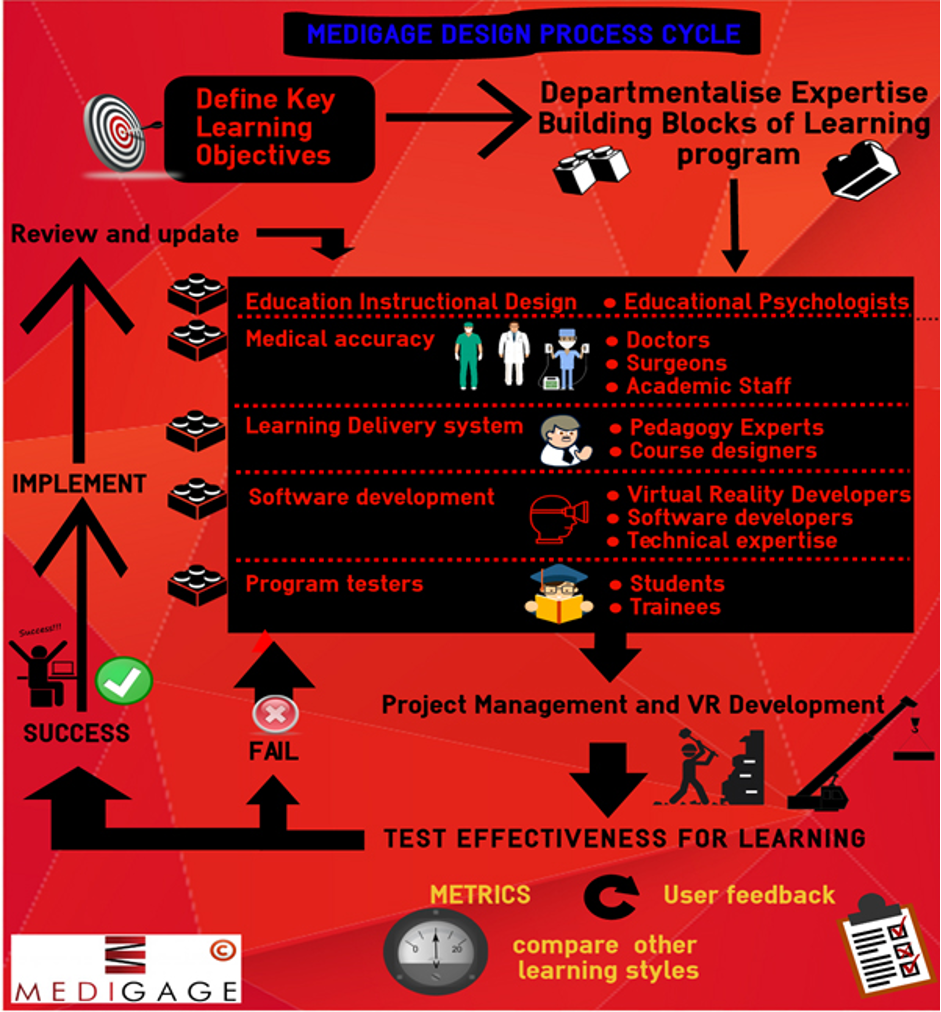 The developmental process exposed aspects of wider issues with the current medical education in particular the gap between academic research findings and utilising the statistically strong research finding for the betterment of medical education. A well-documented fallacy where by the healthcare industry is painfully slow to adopt beneficial practices, arguably a multitude of reasons contribute to this some valid and some not. A particular invalid reason for this is the culture of medical education especially in the UK where by traditional outdated methods of teaching remain in use arguably because the management personnel controlling the direction are they themselves outdated.

Another fallacy is the unwillingness of medical education institutions to innovate this is attributed mainly to limited budgets whether caused by low priority government controlled university funding and/or National Health Service (NHS) mismanagement and poor funding allocation. Perhaps the health system should take a page out of Google’s book and adopt the mentality of investing massively unorthodox budgetary proportions in R&D in the theory that the product of this investment generates more value and cost effectiveness in the long run, Google don’t seem to be doing a bad job following their theories!

This particular application of VR to medical education was selected because of the need for a more effective emergency life support training programme has been demonstrated by the European and UK Resuscitation Council’s recorded survival rates after cardiac arrests in the UK. Approximately 28,000 in hospital cardiac arrests occur annually with a survival rate (leaving hospital alive) of 9% in the UK which lags behind other developed western nations. To give examples Norway is 25%, North Holland is 21%, whilst Seattle in the US on its own is 20%.

Scientific Studies have shown that survival from a cardiac arrest improves greatly with effective CPR and rapid defibrillation. BLS is currently taught using lectures and with demonstration and practice on a life-size manikin, perhaps VR can increase the undertaking of BLS training and make the learning more effective.The fundamental learning theory underpinning the hypothesis that VR simulation represents a pathway for superior learning effectiveness for clinical education is illustrated by Miller’s Prism of clinical competence, a well-recognized framework for assessing levels of clinical competence within the medical education specialty. 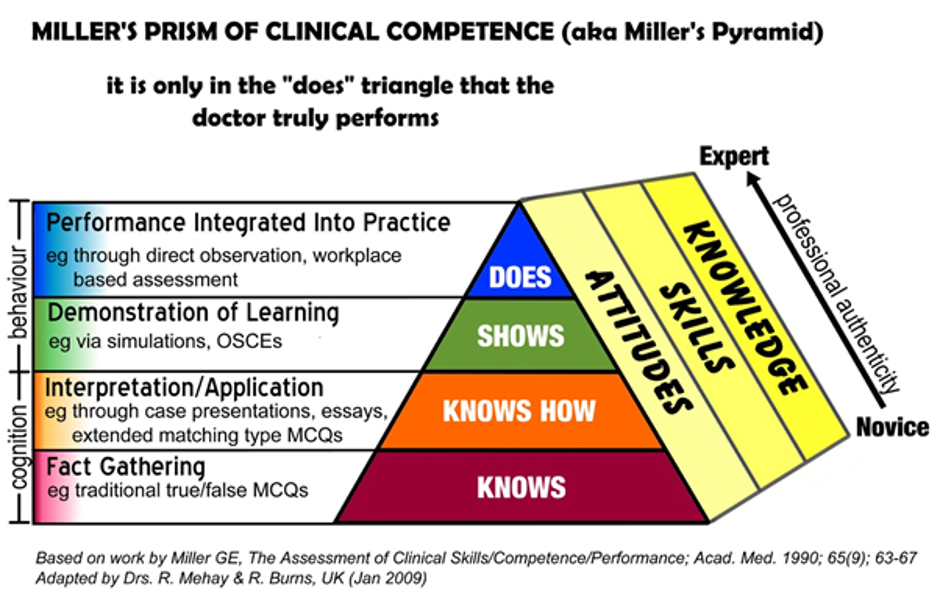 Studies show the bottom two levels, the cognition levels (‘knows’ or ‘knows how’) correlates poorly with the behavior levels (‘shows’ or ‘does’): a student/trainee who knows how to do something doesn’t necessarily mean that they will do it when needed. But it’s important that student/trainee do what they know in practice otherwise there’s no point learning it.

Thus, learning systems that guide the learner to progress through the ‘shows’ and ‘does’ levels (behavior) are more effective. Virtual reality simulation as opposed to the current gold standard for clinical education; manikin based simulation specifically offers an alternate type of simulation with different dynamics, advantages and disadvantages which need to be explored by robust research to outline the optimum role for VR within clinical education to more effectively train healthcare professionals and non-health care professionals alike.

How Effective Was It: A Qualitative Analysis

Feedback was collected through feedback forms, with ratings from 1-10.

Each parameter rating above had space for the candidate to provide worded responses to explain their rating and to highlight positives and negatives of the session. In addition, we asked trainees whether they would recommend the course instead of a normal course to others. 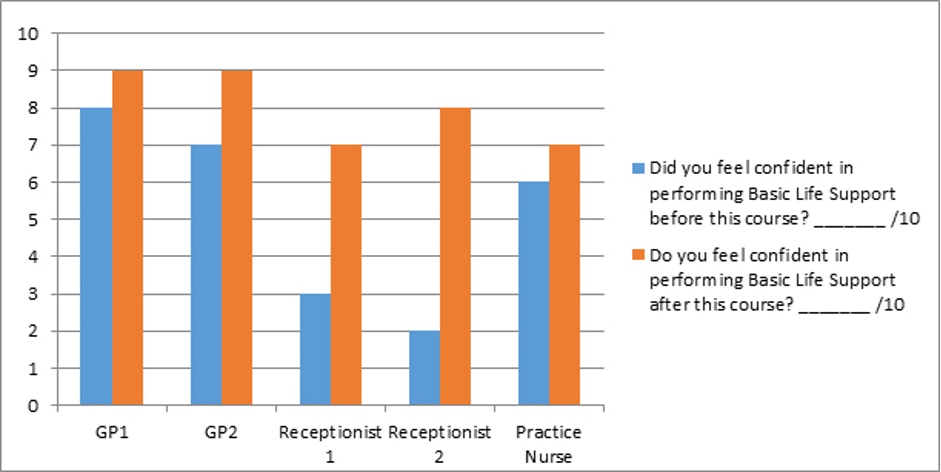 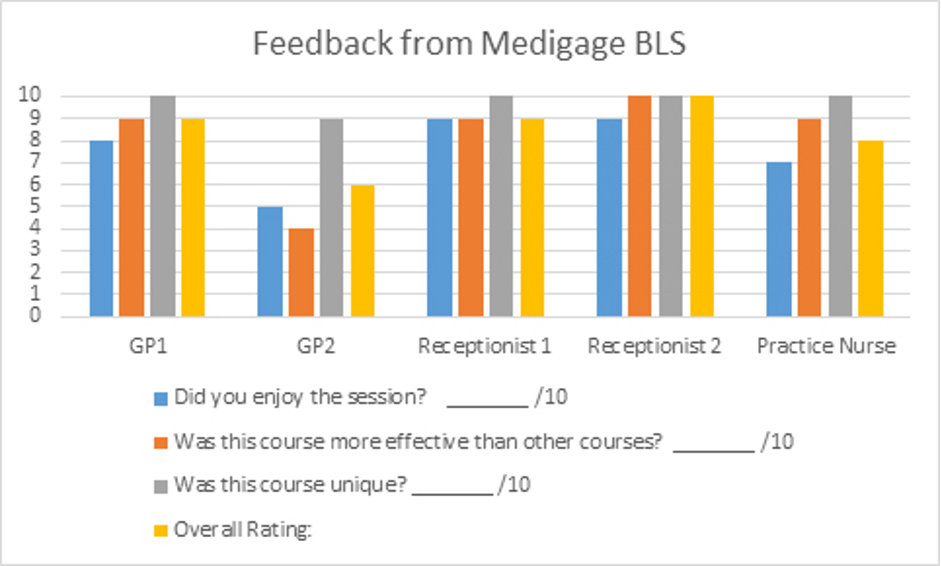 Average enjoyment of Medigage BLS was 7.6/10 with most criticism coming from GP2, she reported that “the VR headset was difficult to get used to” and “the input touch pad was tricky to use”. She also mentioned that she is “not computer savvy”. Users ranked effectiveness at 8.2/10 on average and 9.8/10 on uniqueness and 8.2/10 overall.

4/5 of candidates reported that they would recommend the course to others. 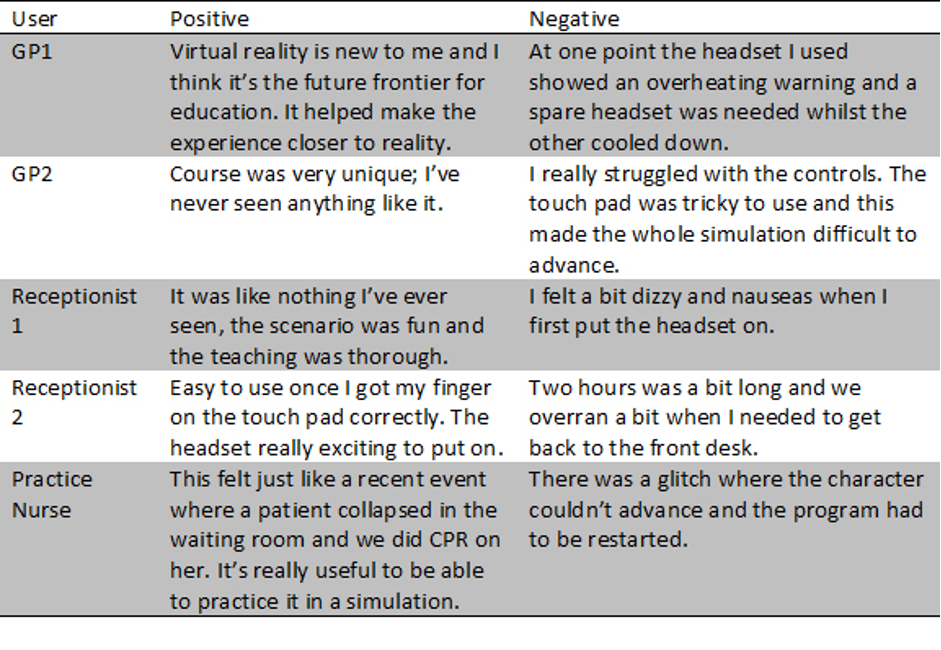 The results speak for themselves and key areas of further development to integrate VR application into medical education were demonstrated in particular an emphasis on hardware ergonomics. A less obvious inference and perhaps more valuable evaluation conclusion from this project is exposing the type and character of gaps in medical education which are more suitable for disruption by virtual reality. For example, a VR surgical training simulation could be significantly faster and more effective in teaching surgical trainees a specific procedure than all current non-VR training methods but how much faster does it need to be to be worth replacing the current status quo. In what way is it more effective and by how much quantitatively, these factors depend on many different variables in particular the actual procedure being simulated and the method by which it is current trained for. For example, the strangulated hernia repair or appendectomy is taught in broad stages of.

In one swift statement, where in this process of stages does VR simulation fit in to contribute a significant benefit to the end outcome. End outcomes include:

Medigage Ltd continue to deliver the VR assisted BLS accredited course across the UK and abroad whilst developing the further VR emergency applications for use within the NHS.To find out more information on the methodology and results of this and other research conducted by Medigage or to inquire into their emergency life support courses contact them.